“I cold called Thomas off Zillow based on his good reviews and his actual performance lived up to expectations. It’s important to note that my transaction was complicated by numerous factors, not the least of which was the fact that I live overseas. At times I was ready to give up, but Thomas kept going and every problem which came up he had a solution for. He earned every penny and more. In the end, I got the house I wanted at a fair price and it came through due to Thomas’ tenacity. Overall Thomas gave a five star performance.

Importantly, Thomas operated with integrity which was my biggest concern dealing with someone I had never met before and only referred online. He wasn’t desperate to shoot at anything that moved, and he screened me as a buyer as much as I screened him as an agent. I think this was an important part of the outcome. In the end I would consider Thomas a friend as much as an agent.”

My wife and I worked with Thomas over the course of nine months to find just the right home for our family in the Paradise Valley / Arcadia neighborhoods. He was our advocate and agent throughout the long, difficult, and emotional process. He steered us away from properties that wouldn’t have served our needs and helped us through an exhaustive search through dozens of high-end homes.

“Thomas has a reputation for creating satisfied buyers, and we are among that group. He is a consummate professional who shared his knowledge and energy to ensure that we found the right home at a fair price.

“Over the last five years, we have been involved in six home transactions in three states, and we can say with confidence that Thomas was the best real estate professional of all of those with whom we have worked. He has our highest recommendation.

There is no doubt that Thomas Osterman is now our Realtor of choice. After years of frustration working with other agents, we were introduced to Thomas by a friend, and he took the time to learn our needs and wants to help us in the best way possible. He asked all the right questions and gave us options we hadn’t even considered. He then showed us so many fantastic properties it was hard to choose!

“We’ve now partnered with Thomas on a number of real estate transactions, both as buyers and sellers. We have found his marketing skills creative to bring potential buyers to us in a steady stream. With customer service, he is unsurpassed, following every detail along the way with class and professionalism. We’ve never had to follow up with him to see where he is because he’s so far ahead of the game. And he makes the whole process fun and painless.

“Thomas Osterman doesn’t just meet your expectations — he always EXCEEDS them! Without hesitation, we are enthusiastic in our referrals to him.

Thomas just sold our house and he was wonderful! He advised us from the beginning on the changes that were necessary. He advised us on pricing, layouts, colors, and several key components that helped to close the sale. Thomas was very responsive, kept us well informed throughout the process, very friendly and easy to communicate with. We would definitely use Thomas again and recommend him to anyone looking for a consultative real estate agent.

I was recently represented by Thomas Osterman in the purchase of my new home. His efforts were tireless and I was amazed at his tenacity in pursuing the home I wanted. Thomas clearly had my best interest in mind and provided me with critical information, enabling me to make informed decisions. He was extremely knowledgeable about the marketplace, contract documents, inspections and escrow process. Thomas also kept in constant contact with me and was always available to answer my many questions. He never made me feel I was imposing and was at all times very cheerful. Professionals like Thomas don’t come along very often and I would highly recommend his services to anyone planning to buy or sell a home.

“My husband and I had been searching for a home in the Arcadia / Paradise Valley area for months and were frustrated with the entire process, even when working with other agents. We chose to go out on our own, and when we called Thomas about a listing of his and he suggested he represent us, we were skeptical. But he won us over with his energy, humor, and frankness. We have not been disappointed!

We are convinced that Thomas knows the buying and selling process better than any other agent in town. In addition to his vast knowledge, his network was at our disposal for any additional aspects we needed throughout the process. Due to his experience in contract negotiation, Thomas was able to point out aspects of the contract that other agents missed, resulting in us saving money.

We feel lucky to count Thomas among our good friends and as our personal advocate. You cannot do better than Thomas for your real estate needs.”

“Although I’m no stranger to buying and selling luxury homes, I was pleasantly surprised by Thomas’ knowledge and attention to details. He took the time to become familiar with my needs and to research the market to find just the right options. In addition, Thomas was available for any questions I had about the communities and what I could expect. He also helped tremendously to coordinate the escrow process when I found a home I wanted. I am happy to know that I can rely on Thomas for all of my future real estate needs.”

Having had some very negative experiences with realtors in the past, my wife and I first met Thomas with some preconceived notions that he proceeded to blow right out of the water. After the first day of working with him he already had a better idea of what we were looking for than we did, although he was still patient as he showed us several “bad idea” properties that we wanted to see. When it came time to actually make an offer on a home, he was picture perfect during negotiations. There were several things he suggested we push for that we didn’t believe were attainable. In the end, we got everything we wanted out of the deal and much more while never “rocking the boat” and risking the deal falling through on a relatively hotly contested property. Every step of the way, his professionalism, knowledge of both the process and people (he referred me to our fantastic mortgage representative), and responsiveness (10 minute response times on emails I sent to him at midnight), were nothing short of amazing. Thomas comes with our HIGHEST recommendation.

During my real estate search, I was lucky to have Thomas Osterman with me every step of the way. I was impressed with his knowledge of the North Scottsdale housing market, as well as his extreme attention to detail, over-the-top customer service, honesty, and energy. Thomas was very thorough during the time-consuming process, and he has won my trust for when I have future real estate needs.

Sold and consulted on various properties.

I have worked with Thomas for over 7 years and cannot say enough how about how helpful he has been. He has a great personality and combined with his consistent professionalism it is a winning approach. He has been a great adviser on a multitude of real estate transactions and our company could not have been as effective over this period without his guidance and support. Thomas has remarkable character and I highly recommend him.

My wife and I have used Thomas more than once for our real estate needs. The first time we used him was at the recommendation of a trusted friend to purchase our first home, and we LOVED the home we ended up with. Thomas did his homework and landed us in an amazing property!! The second time we utilized his services was to sale that same house in Phoenix to move to Flagstaff, and we wished we could have taken him with us to buy our home in Flagstaff! Thomas is an agent that will MAKE deals happen as opposed to LETTING a deal happen. He was an amazing advocate for our interest in both transactions we had with him, and my wife and I would give him our highest recommendation to any one preparing to purchase or sell a home. Thomas brought a level of professionalism and warmth that is truly worthy of 5 Stars, we are so grateful to have had him in our corner for 2 of the largest transactions of our lives!!

Thomas helped my husband and I with selling and buying a home. During the height of the real estate market, Thomas gave us great advice and kept our feet on the ground. His response time was very impressive too. We have referred him to many friends who have also had excellent experiences. 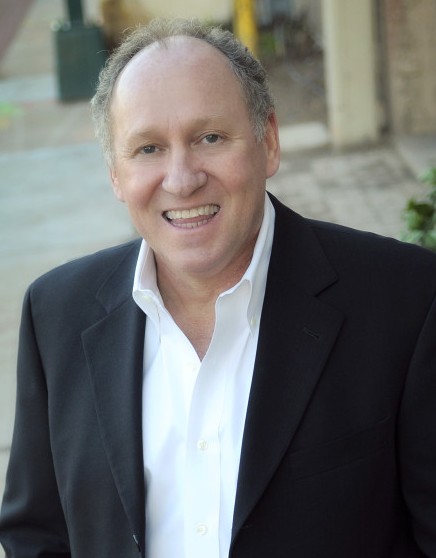 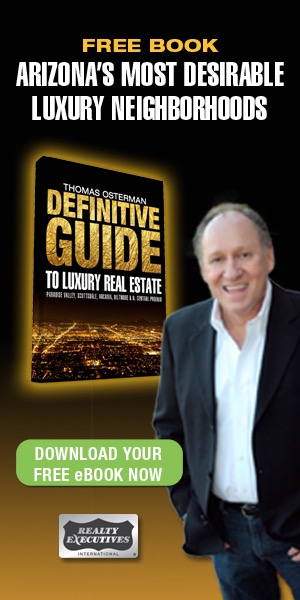